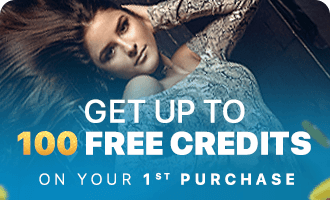 Snoop Dogg Will MC Webcamming for the Blind

Legendary rapper Snoop Dogg, known for his love of marijuana and his undying friendship with Martha Stewart, might be embarking on a new career after he received an offer of $1 million to provide commentary on live webcamming session for blind people.

The offer came after the 49-year-old stole the show when he was asked to provide commentary for Mike Tyson’s exhibition bout against Roy Jones Jr.

The highlight came when Dogg decided to sing a hymn during Jake Paul’s brutal victory over Nate Robinson.

Enjoying his role as MC maybe a little too much that night, he even headed to the stage ahead of Tyson’s return to the squared circle by smoking what appeared to be a huge blunt.

During the main event, he joked: “This is like two of my uncles fighting at the barbecue!”

Before adding: “Grandma, they out there fighting again!”

A New Career with ImLive

Snoop Dogg’s showmanship greatly impressed adult entertainment website ImLive, who have made contact with Dogg’s people with an offer to provide commentary of webcam sessions specifically made for its blind members.

The company, in a statement to the press, expressed its hope the Dogg lends his voice and his broadcasting repertoire. The open letter they sent out read as followed: “Here at ImLive, we believe in being innovative and thinking outside the box.” It continued, “to hear you describe the female anatomy while one of our beautiful hosts performs an adult show will provide our visually impaired guests with what most certainly be one of the most entertaining experiences of their lives.

“All that said, I’d like to personally extend you an offer of up to $1 million to join ImLive and provide commentary for ImLive4TheBlind camming sessions.

“This can be done from anywhere, even while you light up a fatty and sip on some gin and juice.

As of when this blog post been published, the Grammy-nominated rapper has yet to take imlive.com up on their offer.

You Can Be a Voice for the Blind Too

Apparently, Snoop Dogg is not the only one who has the chance to provide commentary on webcamming for the blind. ImLive has put an official call for talent, recruiting those who would like make webcamming more accessible to the visually impaired. On the official web page, the company explained its reasoning for looking for such talent:

“Are you a superstar actor, movie star, singer, rapper, comedian, talk show host or sports commentator? Covid19 making it hard for your voice to be heard and you feel you could help and be happy to contribute your voice to blind?